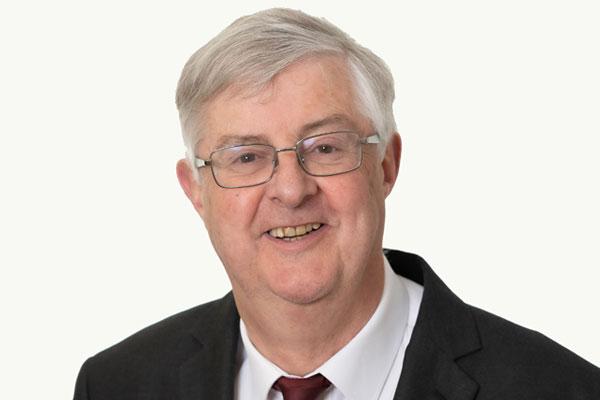 Ministerial responsibilities of the First Minister of Wales.

Mark was born and brought up in west Wales before moving to Cardiff more than 30 years ago. Since then he has lived in the Pontcanna area of Cardiff. A former probation officer, youth justice worker and Barnardos project leader in Ely and Caerau, he has been a professor of Social Policy and Applied Social Sciences at Cardiff University. Mark has also taught previously at Swansea University.

In the 1980s and 1990s Mark was a Labour Councillor on South Glamorgan County Council, specialising in education issues, including Welsh medium education. Between 2000 and 2010 he worked as the Cabinet’s health and social policy adviser at the Welsh Government, and was latterly head of the First Minister’s political office. He has a 40 year knowledge of the Cardiff West constituency.